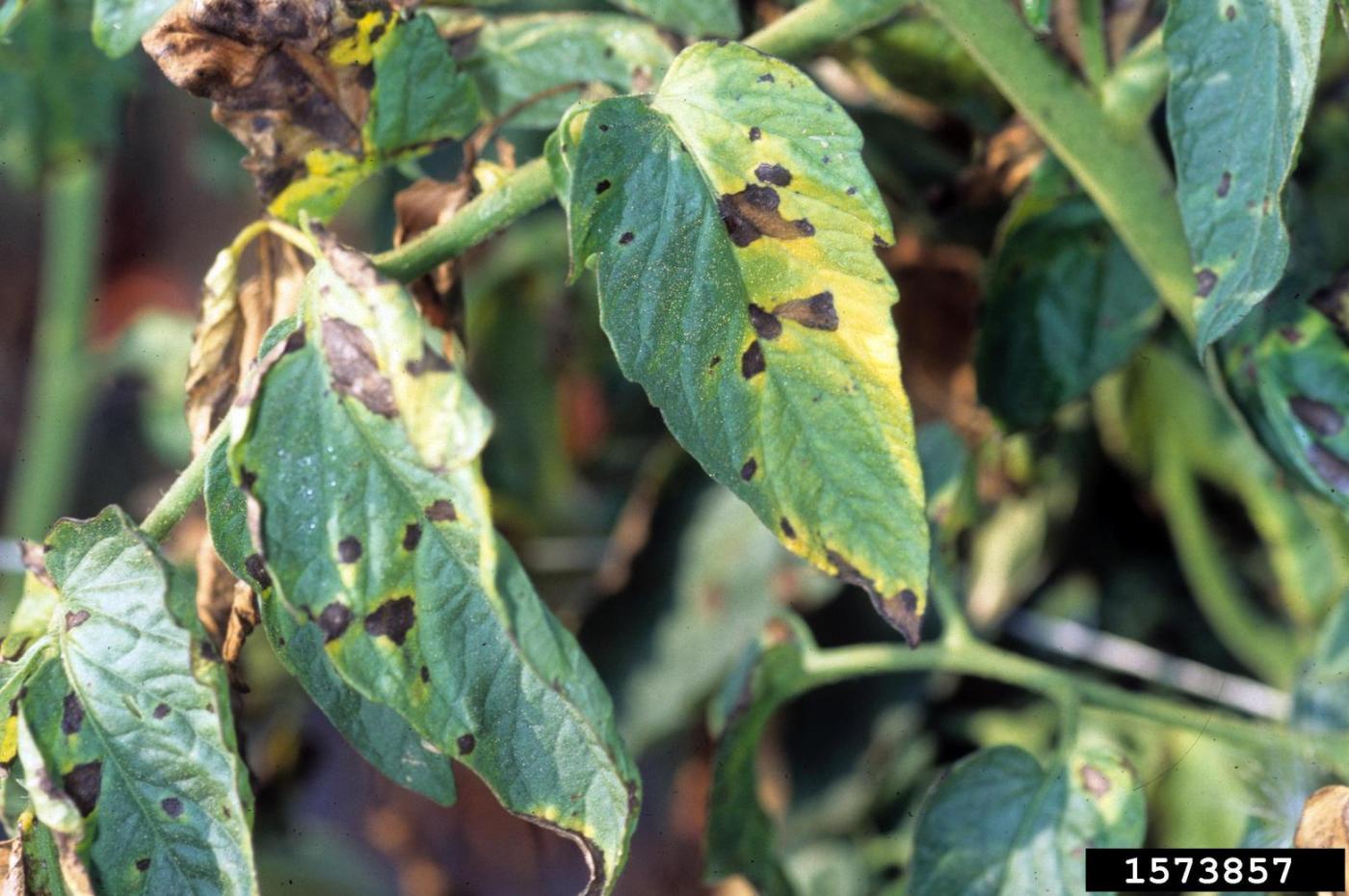 Garden professionals often talk about sanitation as a way to manage insect and disease problems in a garden or landscape. But what exactly is garden sanitation and how does it help with pest problems?

Pest Overwintering Strategies
Many disease organisms carry over from one season to the next on infected branches, leaves or fruits. Diseased leaves fall to the ground beneath the infected plant and, if they are not removed and discarded, will produce new fungal spores or bacteria to reinfect the plant the following growing season. Removing infected plant debris reduces the disease pressure the following season. Keep this control method in mind for common shade tree foliage infections, including Anthracnose, powdery mildew, apple scab, Septoria and many other leaf spot pathogens. Black spot of rose is another very common fungal pathogen.

In a similar manner, fruit tree disease problems often overwinter on fruit “mummies”; dried infected fruits that may remain in the tree or fall to the ground beneath the tree. If mummies are still in the tree or beneath it, they serve as an infection source the following year.

Diseases also remain active from year to year through infected twigs, branches or cankers. Fireblight is one of the most serious fruit and ornamental diseases which overwinters on infected woody tissue. Fireblight is a bacterial disease which infects and kills twigs and branches, most commonly during spring and early summer. However, it can also infect the mature bark of older branches or tree trunks; this infected bark is called a canker and often serves as a source of additional spores or bacteria, allowing the disease to progress throughout the plant during a growing season or reinfect it’s foliage or new branches in future years. Unfortunately there are many other disease pathogens that can infect woody branches or bark and cause cankers, such as brown rot of peach, apricot, plum and cherry.

Sanitation Steps
As you can see, sanitation is very important for reducing disease and insect pressure in your garden or landscape each year. Important steps include the following.

1.     Rake up and discard or burn all debris beneath infected plants each fall, including leaves and fruit.  This includes infected trees, shrubs and ornamentals such as peonies. In the vegetable garden, remove and disease infected plants like tomatoes or peppers and rake up as much old foliage as possible along with all discarded fruits.

3.     If your tree is susceptible to fireblight or has a history of infections and you are pruning before the tree is fully dormant, be sure to clean the pruners between each cut. Clean pruners by dipping them in a 10% bleach solution (9 parts water to 1 part bleach) between cuts. With a known fireblight infection, make cuts 8-12 inches below the margin of visible infection. Dry and oil tools after use to prevent rust.

5.     Black spot of rose can be reduced by removing all infected leaves and mulch beneath plants in fall. Prune out canes with dark colored lesions, then reapply a fresh layer of new mulch.

6.     Do not compost this material, because most home compost piles do not get hot enough to kill all pathogens