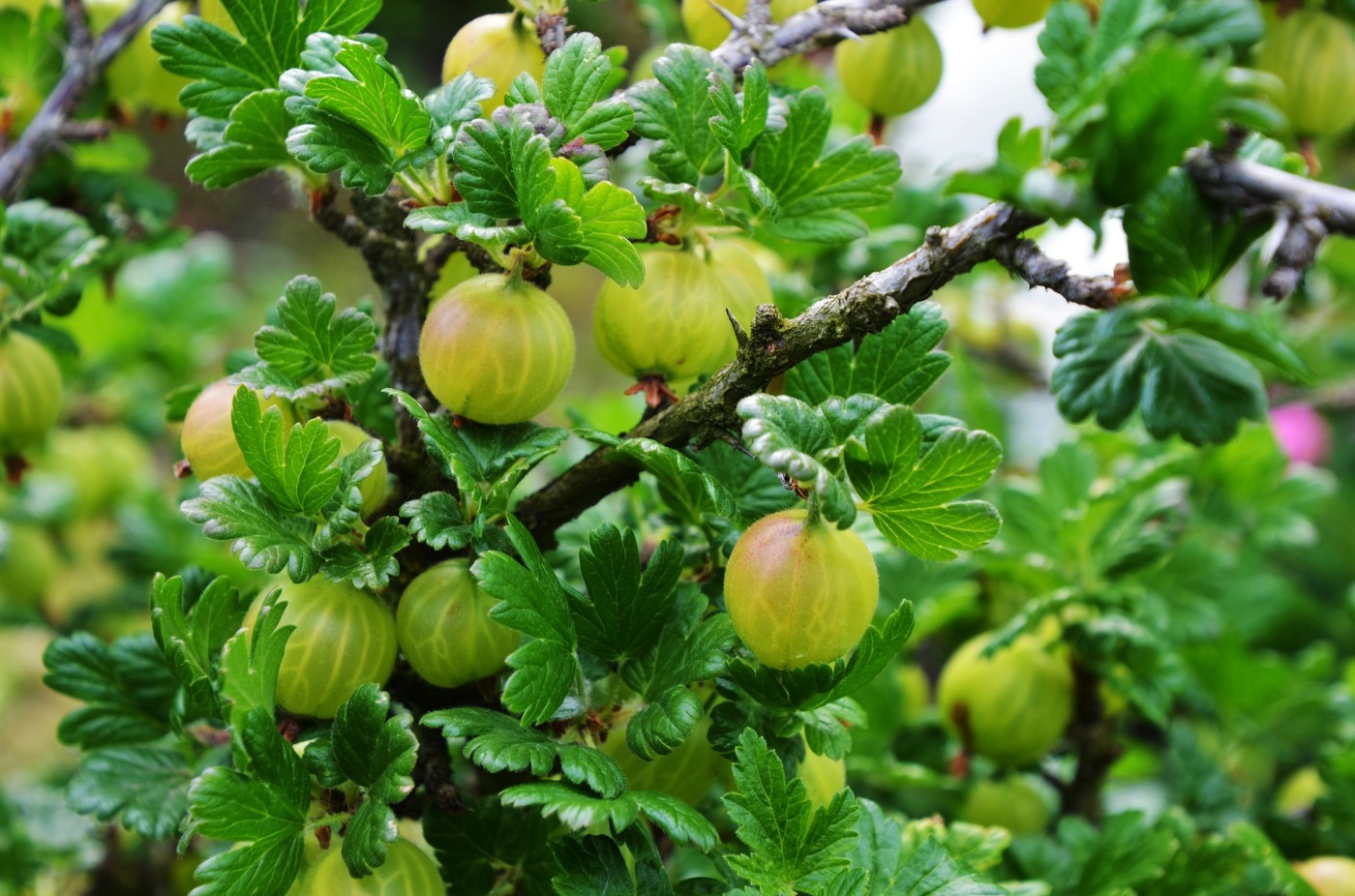 Gooseberries are one of those unusual fruits not grown by many home gardeners. But they certainly are worth consideration for home fruit production, especially if you’re creating an edible landscape and need plants with good ornamental appearance as well as food production. Gooseberry plants can be used as a foundation shrub or hedge, having nice green foliage.

Gooseberry plants can be difficult to find locally, but can be ordered from mail-order fruit companies such as Stark Bro’s, http://www.starkbros.com/, or Krieger’s Nursery, http://www.kriegersnursery.com/. Plants are shipped in early spring, bare root

It’s a good idea to prepare the planting site in fall, ready for April when the plants arrive. Remove any existing vegetation, including perennials weeds, and incorporate compost or aged manure for additional organic matter.

Plant gooseberries as early as possible in spring, as soon as the soil is workable.  Even plants that are beginning to leaf out can tolerate temperatures as cold as 19°F and it’s important to give them as much time for root develop as possible before hot weather arrives. Handle the bare-root plants carefully, keeping the roots cool and moist.

Gooseberries should be planted at least 1 inch deeper than they were at the nursery.  It’s best if the lower canes are covered with soil, so that 2-3 buds are in the soil, to encourage development of a larger root system.  After planting, pruning the stems back so that each has only 4-6 above ground buds; this encourages growth of additional stems from the crown. Mulch plants with 3-4 inches of organic mulch and keep the plants well-watered during the establishment year.

Fertilize gooseberries in spring, before new growth starts, with 0.25-0.5 lb. of fertilizer per plant, depending on the plant’s vigor the previous season.  Choose a balanced fertilizer, such as 10-10-10, and sprinkle it around each plant, lightly working it into the soil. Composted manure is also an excellent nutrient source in place of commercial fertilizers.

Pruning
On vigorous plants, new canes originate from the crown each season. Gooseberries produce fruit on 2-year, 3-year and older canes. Younger canes produce more fruits, so it is desirable to remove the older, weaker canes by cutting them out at the soil line. This leaves a majority of younger, more vigorous canes and encourages continuous replacement of new canes. Regular pruning also increases fruit production by improving sun penetration and reducing disease problems.

Young plants require little pruning for the first three or four years after planting. During the first three years, allow 4-5 new canes to develop each year and remove any weak or spindly canes.

By the fourth summer begin removing the oldest stems each year by cutting them down close to the plant’s crown. Do this in early spring before new growth starts. A well-developed mature plant should have 9-12 canes.

After harvesting your berries, refrigerate them in a covered container or sealed bag. They will keep for several weeks or can be frozen for longer storage.